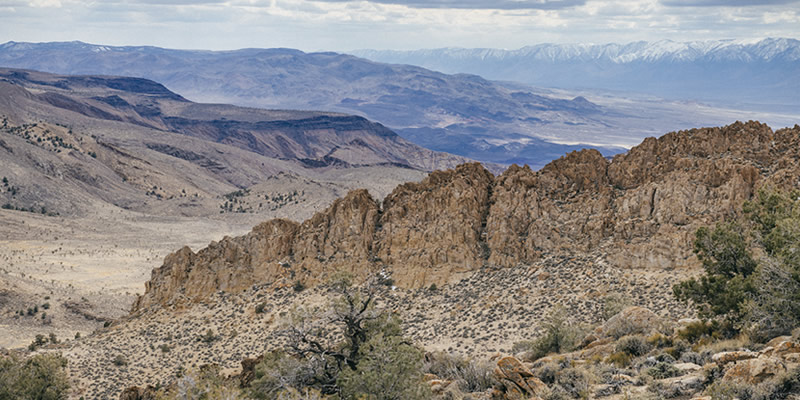 Years ago Father Crowley realized that our wild landscapes in Inyo County were our sustainable future as opposed to the boom and bust of mining and other extractive industries. Father Crowley didn’t oppose mining, but felt that the world-class beauty of the land could provide local communities with a more dependable economy through tourism and responsible recreation. The requirement was the protection of these lands through wise land use decisions. One of the most prized pieces of Inyo County’s landscape is now under threat from possible open pit gold mining, the permanent obliteration of a landscape with no reclamation possible. Conglomerate Mesa is located at the southern end of the Inyo Mountains immediately southeast of the ghost town of Cerro Gordo. It is visible from Highway 190 while traveling to and from Death Valley National Park (2019 visitation 1.7 million) as well as from the southern Saline Valley Road.

What is at stake? The wholesale destruction of an undisturbed landscape where people explore on foot, horse or 4×4, camp, gather pine nuts, discover history (historical Keeler-Death Valley Trail, charcoal making sites that supplied Cerro Gordo), enjoy natural quiet and sounds and solitude with few signs of disturbance by humans. Loss of cultural lands for Paiute-Shoshone people would be another act of cruelty and disrespect. A majestic Joshua tree woodland at higher elevation, a sanctuary against changing climate, persists while other Joshua tree populations in lower desert locations like Joshua Tree National Park are facing extinction. A complete and unique fossil record (250-300M years old) for the southwest edge of the North American continent would be erased. K2 Gold, headquartered in Vancouver, Canada, has been in touch with Inyo County and the Bureau of Land Management Ridgecrest Field Office seeking permits to drill dozens of exploratory cores and blade a road into this wild and stunning corner of our county. Any gold trace would be invisible to the human eye and hundredths of an ounce of gold per ton of rock could spell doom for Conglomerate Mesa. If the exploration “proves up” then it would be sold to giant Australian or Canadian mining corporations for full “development.”

Some here locally are saying, “Well this is not a mine. It’s just exploration.” Ancient wisdom would answer, “Isn’t this the camel’s nose under the tent?” Other voices have accused residents of, “stirring things up.” This is a time-tested attempt to delegitimize the contrary opinions of the public. “Stirring things up” is an American tradition of public dialog and advocacy. Mining is accepted by most of us in Inyo County – pumice mining near Olancha, cinder mining near Little Lake, borate mining east of Death Valley National Park, soda ash mining on Owens Lake, geothermal energy extraction at Coco, gold mining on the west slope of the Panamint Mountains. Opponents of mining at Conglomerate Mesa are not opposed to mining. They are opposed to the permissiveness that allows any and all types of mining in any and all places.

Supporters of wild lands cannot honestly be criticized as being against all extractive activities on our public lands. It is not true. Inyo County must develop a clear and strong position that mining is acceptable in our county, but that mining in any location, in any manner is absolutely not welcome. Even though Inyo County has little control of mineral development it is still able to take strong policy positions that state what our vision of mineral development would be in the future. Inyo County can set its own standards. It is in the interests of Inyo County in the long run to oppose open pit mining at Conglomerate Meas. Supporting such an environmental, cultural and recreational loss is a mistake plain and simple.

Michael Prather has worked as an environmental advocate in Inyo County since the 1970s, first while living in Death Valley and since 1980 while living in Lone Pine. His focus has been on water, land and wildlife – for example the Inyo County Long-term Water Agreement, re-watering the Lower Owens River, the CA Desert Protection Act of 1994 and protection for birds and habitat at Owens Lake. He is a retired school teacher and past chair of the Inyo County Water Commission.)

K2 Gold is About Profits – Not Community 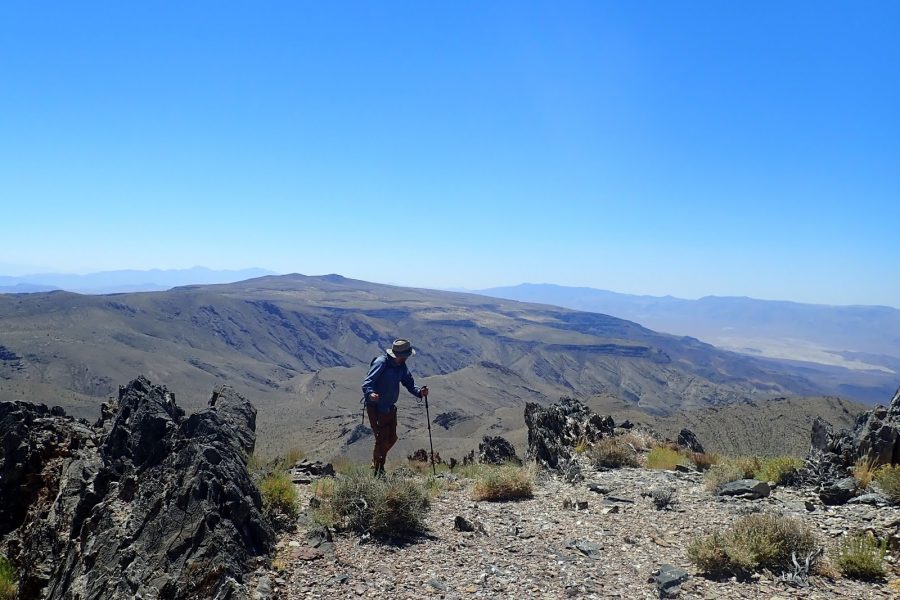 We are a community of supporters that want to stop the mining efforts that threaten the Conglomerate Mesa area.  If you have questions or want to get involved, please reach out.

A coalition of community members and organizations dedicated to the protection of the Conglomerate Mesa area.